Actor Bright Ong entered children’s theatre with no expectations of making it his life’s work. Yet, by the grace of “a banger of an audition”, he landed his first role in PLAYtime! in 2011 and has since worked on plays for children frequently.

How did theatre impact you as a child?

It made me sit up and really enjoy what my senses were going through! A large part of me as a child was very theatrical because of my exposure to the theatre, especially Cirque du Soleil, and it definitely in some way, impacted how expressive I was. Watched Cirque in the Millennium when they came to Singapore, and have been inspired ever since! They were responsible for giving me the performing bug, and a large part of their aesthetic and style is something I like to draw back to for inspiration, and then deconstruct to make it age appropriate.

Theatre inevitably helped me through how I learnt to communicate thoughts and ideas to all levels. More importantly though, I think the human connection it taught me also informed a large part of how I grew to be as a person.

Why did you choose to work on plays specifically for very young children?

I didn’t begin my career intentionally to do Theatre for Young Audiences (TYA) and or for children on the autism spectrum. But it was the one audition I went to for my very first PLAYtime! (Rocky the Baby Panda) that led me to meet one of my mentors, Ian Loy.

Fun fact: Rumour has it that for my first PLAYtime! audition, I was being seen out of courtesy (as I was the last auditionee for the day), and the role had already been cast for, but I pulled off a banger of an audition, and the rest was history!

It was my first time doing shows for children that young, but the more I threw my energy into the rehearsal room towards creating and devising, the more I felt a greater joy. Mind you, PLAYtime! was still in its infancy at that time (pun intended), and helping to create and grow a brand of theatre to what it is today certainly does give me a sense of fulfilment, that we made something qualitative and true for the young ones.

A lot of people tend to put down doing TYA as “not real theatre” or “not serious theatre”, but I think that till you’re on the floor doing the actual work, one doesn’t understand how hard it is. It is after all, possibly the first time to the theatre for a room full of children, every show we run. Setting the bar of standards high does comes with a great understanding of who you’re doing the show for, and knowing that their perception of live performances in the future could be well impacted by you in the present. I suppose these inherent challenges for creating powerful theatre for the young is what drove me on, to better, not only myself as an artist, but also to contribute to the landscape of this very specialised sector.

How is acting in children’s theatre different from adult theatre?

I always find it hilarious when I get asked this question, because of what it really entails! But I always like to say that children are the harshest audience you can get. They give you 30 seconds, if they like you, they are with you all the way. If they find you condescending, they’re not going to hide it from you!

Adults tend to be more socially conditioned to be polite and sit quietly through any show, good or bad. Children on the other hand, do whatever moves them. You have to be extra, extra sensitive to the energy in the room when doing a show for children. An overload of the senses isn’t ideal as it may scare some, and neither is under playing the energy.

But in my shows, I always try to throw in a couple of Easter eggs for the adults present. Sometimes you can be very colloquial when it’s appropriate in the show’s context. In the Grandpa Cherry Blossom, I play this horrible neighbour character whom I portrayed as this nasty Malaysian Chinese uncle — the quintessential ah pek. Parents found it hilarious. You just draw from live experiences and you just try to find a marriage.

What advice would you give to parents or teachers trying to organize drama activities?

In PLAYtime!, we interact a lot with kids very closely. What I’ve learnt from that is that you have to be honest with the kids. If you want the kids to portray certain emotions, you’ve got to have a sense of realism. Don’t just act surprised — actually feel the surprise.

It’s also about bringing yourself down to the level of the children. Children best receive instructions when you’re on a similar eye level. Always come from an angle of inclusiveness. Never go about it saying “You go do this”. Try “Let’s do this together.” I find that children work very well with that. Talk to them on their level and never talk down to them.

What can you tell us about PLAYtime! productions for special needs children?

Usually we come out before the show. We walk in and talk to them as ourselves — not in character, usually in costume — just to let them get used to what everything looks like and who we are. We try to get them to understand that we are a constant in the space, and that we will appear at various points in the show, so it doesn’t catch them off guard.

In my experience, neurodiverse children don’t react all that differently. It depends, again, neurodiversity is a science that we still don’t understand fully. They do react similarly to neurotypical kids. Maybe sometimes the laughter may be louder and it may come at an unexpected point during the show. And something as simple as you turning your head at a certain angle or a certain sound may be a trigger for them.

Again this is all about feeling the energy in the audience. When I do shows for neurodiverse kids, I always start strong. Calm but strong so that it sets the bar for what they can expect from this particular character. As the show progresses and they get more and more into the show and more comfortable, I turn up the energy.

A large part of me was very happy to be part of this venture as I fondly remember a time in university, where a production I was in (The Wind in the Willows, by Sheares Productions) had an audience of children from MINDs. Seeing them after the show, and seeing what that experience meant to them was something that really drove me further to think in depth about what this group of children needs. To quote another director I’ve worked with: “Children deserve the best” (Dave Brown, formerly of Patch Theatre, Australia). And children, regardless of what spectrum they are on, should be treated with the same love.

What advice do you have for those bringing their children to the theatre for the first time?

Come with an open mind. Put the phone away. Of course, you can take pictures, but switch off the flash and be respectful of the space.

Have fun with your child. A lot of the times, what’s heartbreaking for us is when parents sort of brush off their kids when they’re trying to include them in their experience. These moments don’t appear everyday — simply put, you’ve made the time to be with them so be with them!

If you know that your child is easily frightened, take some time to prep them. What frightens a lot of the children on their first time in the theatre is that it’s a dark space and it’s an enclosed area too. If your child starts crying during the show, you can just walk out the door, calm them down, and walk back in. But don’t be afraid to come. The theatre is a safe space for everyone.

Do you have any memory of performing for children that has stayed with you?

This is terrible, I’ve got too many to choose from!

I guess I’d pluck a recent memory from PLAYtime! that’s stayed with me is from this year’s Grandpa Cherry Blossom, where I played what was possibly the nastiest villain to date (he ate a lovable dog and was a complete horror to his sweet neighbours!). There was a kid at the end of the show who ran up to me, when we came out to sing the theme song one last time, and hugged me as tight as he could. He was a neurodiverse child who was about 10 to 12, big boy, and all he wanted to do was to show me love and to teach me to love (as opposed to my nasty character’s ghoulish disposition). I think I almost lost a few notes in the tears that threatened to spill!

In The Bird Who was Afraid of Heights, there was one scene where my character — a shadow puppet at this point — is thinking “Oh I can’t fly” and he’s feeling sad. Without any prompting at all, all the children and the teacher start cheering me on by chanting “Fly Eddie, fly!”. I just turned around, looked at my friend behind the screen thinking “Is this for real?” Some kindergartens are great like that; they’re all about the kampong spirit. There’s another bit where my character is trying to climb up a tree and failing miserably — and this little girl just pops up and says “Aw Eddie, don’t cry, you can do it!.” Moments like these are just so precious.

If you could say one thing to young fans who aspire to join theatre, what would it be?

I’d probably say something different for every age group/person in a particular phase in their life, but I’d definitely always say something another director/actor friend of mine has taught me, “Go with love” (Lim Yu-Beng)

Personally, I’d want the young ones to remember this: “Head down, hands deep, hustle hard!” Be true to yourself and follow what you love. Don’t let anyone distract you from what you love doing.

PLAYtime! Esplanade is a series of original theatre works for very young children. Interactive and immersive, PLAYtime! serves as a gentle, yet solid introduction to theatre for the youngest audiences there are. 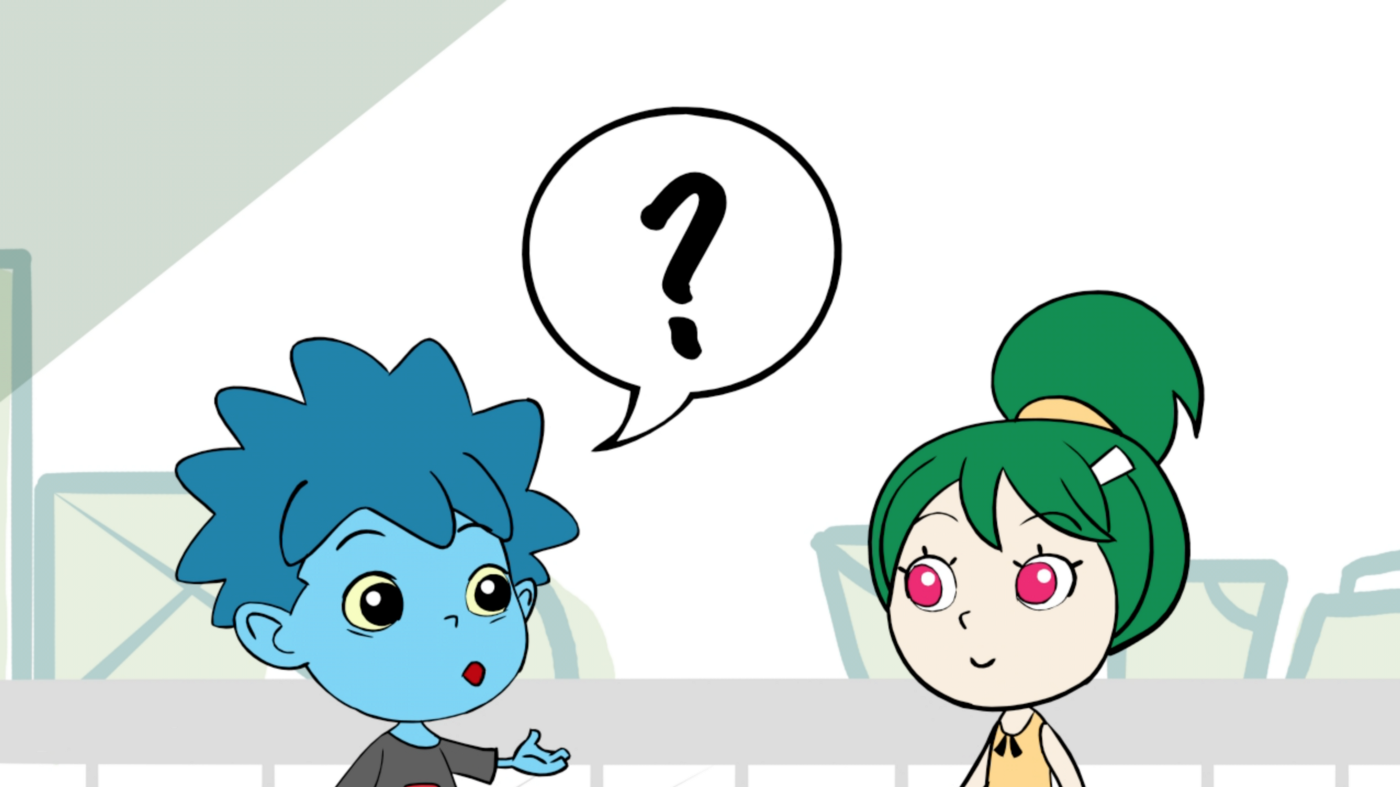